When I moved into the house I still live in today, there was a back wall which still had wallpaper on it. Everything else had been torn down and thrown on a pile in the garden. This piece of wallpaper, it turned out, consisted of twenty different layers. 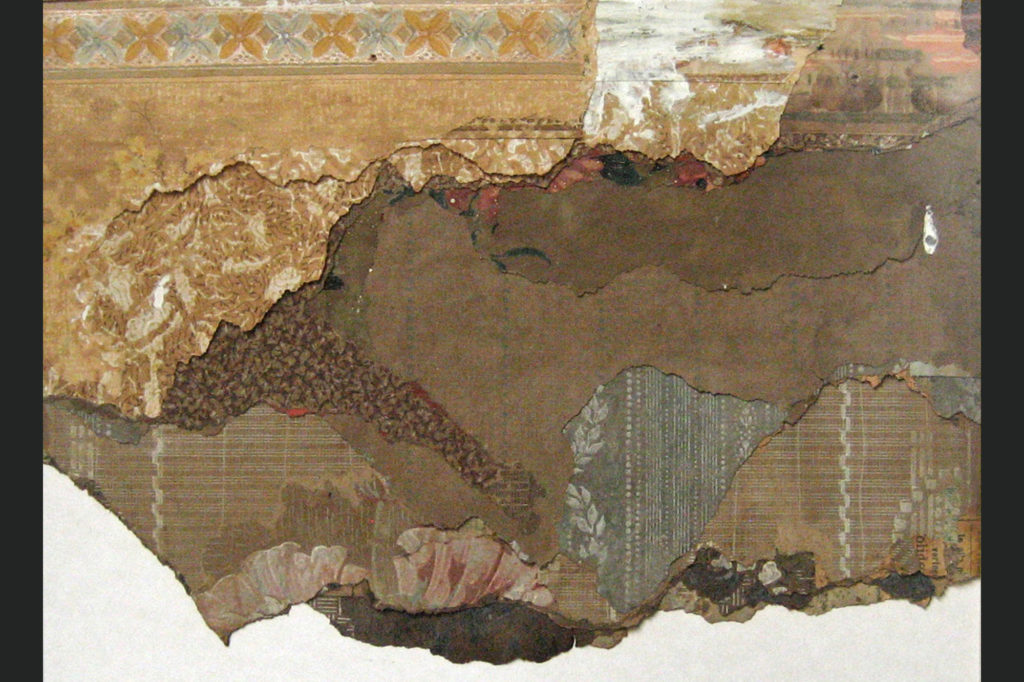 The bottom layer was of course wallpaper linen (burlap). On top of this, as a third layer, there were newspapers from 1883. To a certain extent the wallpaper told the history of the house and revealed the tastes of its occupants.

I carefully separated all twenty layers, cut neat little squares from each layer and stuck these in little boxes. I named it Archeology 1979-1. 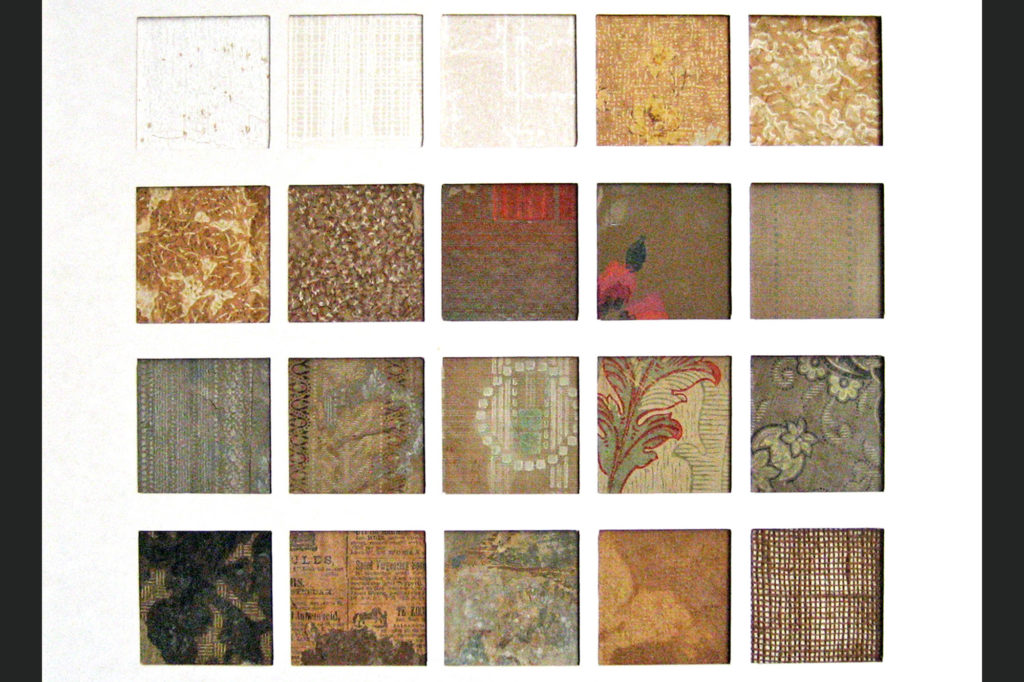