When PERRON 1 in Delden first invited me to take part in an exhibition to celebrate their jubilee, an exhibition that was to be called Lost and Found Works of Art Deposit, I was afraid to consider what I might do. Attempting to create art is not just any old thing. Permitting yourself to do that. Where would you find the necessary hubris?

But one night – long after the deadline had passed – I suddenly knew what I wanted to do and I really felt like doing some tinkering. So I made this little thing. A so-called object. Records 2007-02, subtitled I once was lost, but now am found. No, I’m not going to explain what it all means. 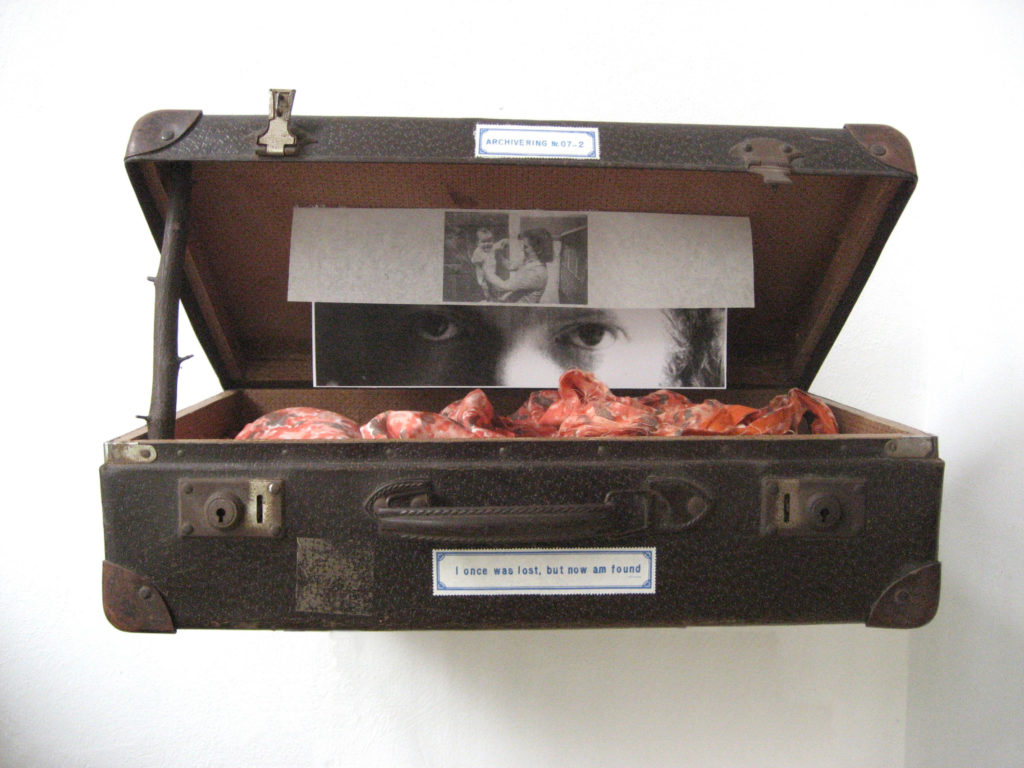 From 29 June to 16 August, 2007, this lost object was on show at the old Delden train station. One of 65 objects in all. I like the idea. And all those trains passing by each day, yes, I like that too.

(This object no longer exists. The suitcase is now filled with old letters and papers that still need sorting out.)