My mother suddenly came to me with the picture of a man who is standing at a door. The text underneath reads: Look, I’m standing at the door and I am knocking on it. It is exactly as I remembered. The man with the purple mantle, on bare feet. The coloured print was put in a passe-partout of an indefinable brown colour. Yes this was the print that had hung at the side of the writing desk in Middelburg, which had been modernized so rigorously by uncle Koos. 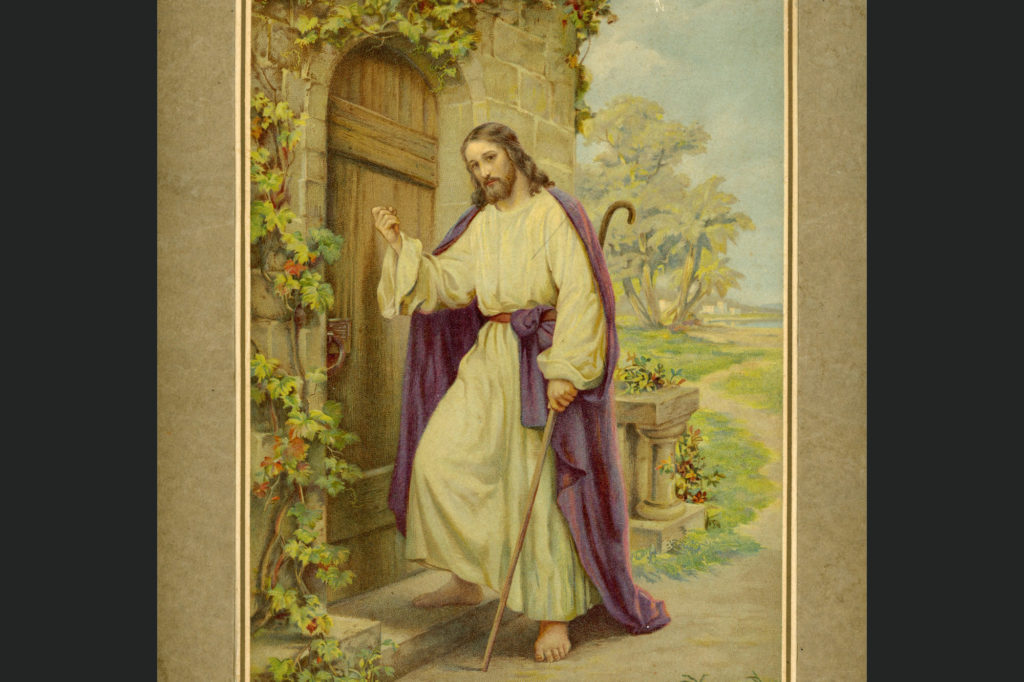 “Look, I’m standing before the door and I ‘m knocking on it”

I had wrongly assumed that this piece of information was lost. But don’t I know my family? My parents don’t throw away much.
My mother had put a note with it. It said that they had to learn a psalm or a hymn by heart for Sunday school. And a bible text. If you succeeded in reciting both well you would get a blue card. If you could only recite one without making any mistakes, you would get a pink one. Once you had collected a fixed number of cards you would be given a colour print.
This must have been in Zonnemaire, somewhere during the first years of the 1930s.
Coloured picture. What a word. A coloured picture was something special. And it remained to be just that until far in the 1950s magazines were printed in black and white (De Wereldkroniek) or in strange orange-brown and green colours (Eva). We cut out beautiful coloured pictures and saved them. I remember a series about Napoleon. In colour. Oh where did I put these? Do you think this is perhaps a lost archive file?