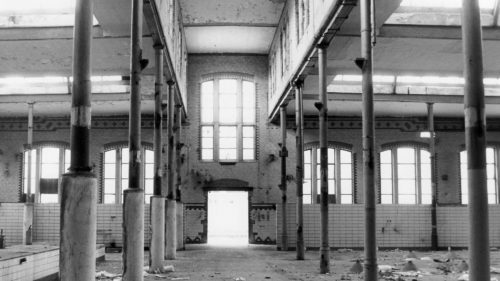 Logline:
In this short film buildings and other remnants of our industrial past are said farewell to in a poetic manner.

Synopsis:
In 1990, Digna Sinke made the documentary Nothing lasts forever with the subtitle Industrial archaeology in the Netherlands. This film portrays the industrialisation in the Netherlands by means of steam engines, railway bridges, factories and workers housing. These are sometimes kept as monuments and are sometimes demolished. From the surplus material of this documentary Farewell is composed, a short poetic film about buildings that will disappear.